5 Reasons to Move to Kitsilano, BC Today 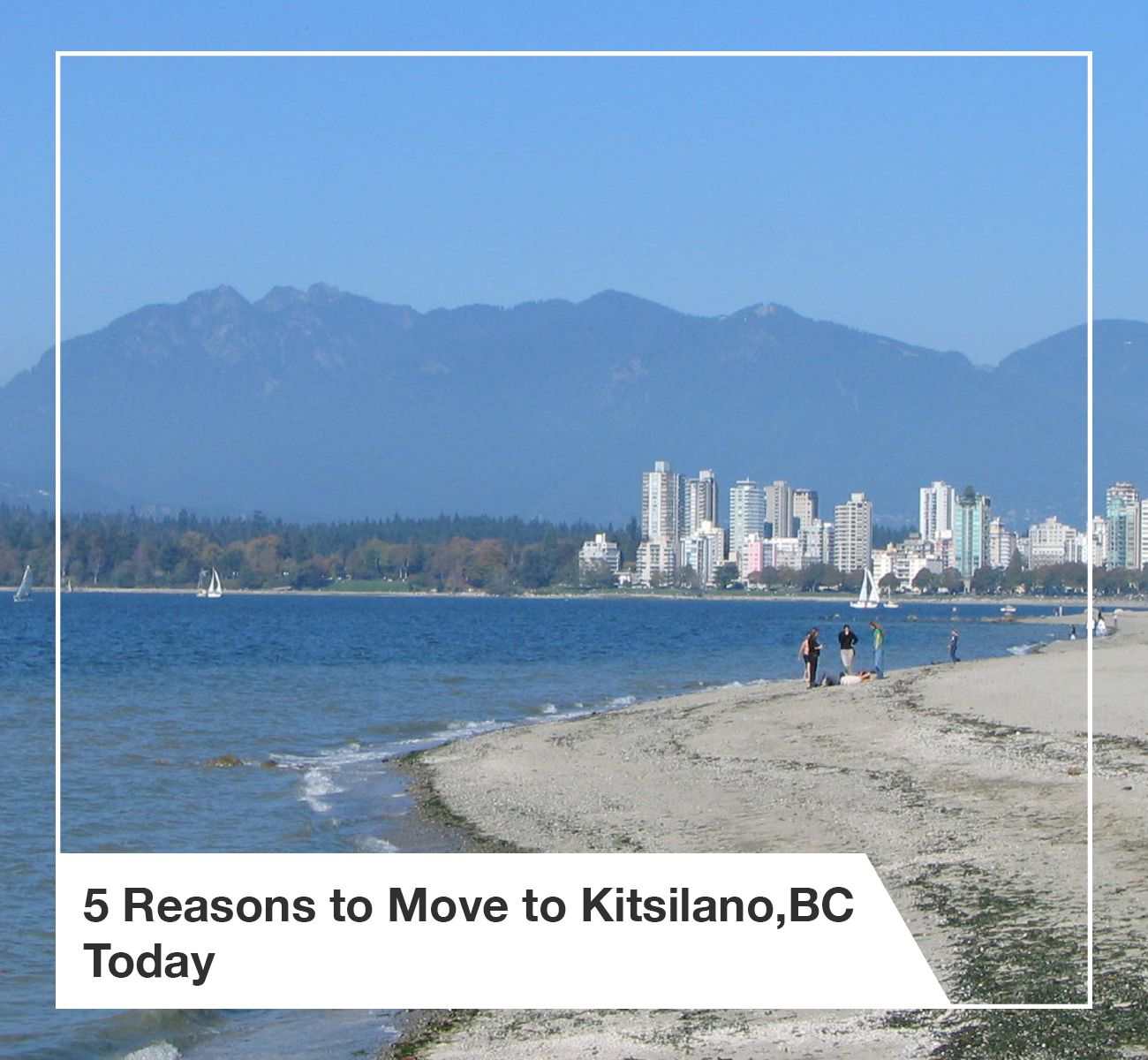 Kitsilano, affectionately known as “Kits” by the locals,  is one of the best neighbourhoods to live in Vancouver. Once an avid hangout spot for the hippie culture in BC, this beachside neighbourhood is now home to many young professionals and families who enjoy the laid-back atmosphere that Kits has to offer. Located only 10-15 minutes away from downtown Vancouver and UBC, Kits is the perfect suburban neighbourhood to escape from the hustle and bustle of city life, while still being close enough to commute to work or school. Listed below are 5 great reasons to consider choosing Kitsilano as a place to call home.

1. It’s a great neighbourhood for families

Kitsilano is a respectful and inclusive community that has beautiful homes and is a perfect place for raising a family. There is always something to do with the family, whether it be going to the beach for the day, heading over to the community centre to skate on the ice rink, or going out to eat at one of the many restaurants in the neighbourhood. Kitsilano is also home to some great schools, such as:

This school is a public school that caters to grades K-7 and has French immersion available for the students. It is set to undergo a $40 million renovation to upgrade the almost 110-year-old building, starting in spring of 2022 and is estimated to be finished by 2024.

General Gordon is a public school for students in grades K-7 and also offers French immersion programs. The school has recently been renovated to improve the structure and safety of the 100-year-old building.

Kitsilano Secondary is the only high school in Kitsilano, and is home to students in grades 8-12. In addition to its academic achievements, this school is also well known for its success in sports, specifically in basketball, rugby, and cheerleading. This school is also where Ryan Reynolds attended high school!

Having the beach within walking distance is definitely a dream come true, especially when you’re so close to some of the best beaches in the country! Kitsilano is home to 9 different beaches, 8 of them being on the ocean, and 1 of them being on a freshwater lake.

Kitsilano Beach is an extremely popular beach in Vancouver, particularly in the summer months, and is also home to the largest outdoor swimming pool in North America. If you’re wondering why there is a pool right beside the ocean, it’s because the ocean water tends to be on the colder side, and some people prefer to swim in warmer water. Kits Pool is almost 3 times longer than an Olympic-sized pool, at 137 metres long, and is a heated, saltwater pool that is open during the warmer months of the year. This beach also hosts the Bard on the Beach festival every summer, which is the largest Shakespeare festival in Canada, and the Honda Celebration of Light, which is a spectacular fireworks display that takes place every year in July.

Jericho Beach is also very popular, and features not only a beautiful area to go swimming, but also soccer and baseball fields, beach volleyball nets, tennis courts, and is home to the Jericho Sailing Centre. People from all over Vancouver make their way to this beach in the summer to enjoy the beautiful water of the English Bay. Jericho Beach provides plenty of activities in the other seasons as well, with plenty of trails to walk and picture-perfect views of the snow-capped mountains that are visible from this beach.

West 4th Avenue, as well as West Broadway, is a commercial district that is home to everything from retail, chain-brand shopping stores to locally owned shops, and everything in between. This district is home to the very first lululemon store, which is a very popular activewear brand among not only the residents of Kits, but also worldwide. Like Kitsilano itself, West 4th Avenue is trendy, modern, and sporty, and is THE place to be for shopping and dining.

Beyond the great shopping opportunities, West 4th Avenue also offers all sorts of festivals and events throughout the year, some of which include:

This massive art and music festival spans over a 10-block radius and takes place every year in July.

Every year during the weeks leading up to Christmas, West 4th Avenue is transformed into a winter wonderland. Shoppers will find themselves in the Christmas spirit as they shop for gifts among twinkling lights, seven-foot tall nutcrackers, and a massive Christmas tree that is fully decorated!

Just a couple of blocks over, on West Broadway, is where the annual Greek Day day festival is held. Every year, this street is transformed into a massive pedestrian-only street party that goes on for 11 days! If you like Greek food and music, or are just interested in joining the party, this event is one you won’t want to miss.

Related Post: 10 Tips for Moving Out for the First Time

4. There are a ton of physical activity centres

With most of the residents in Kitsilano being health-conscious and active, it is only natural that this neighbourhood is home to a multitude of different physical activities. Here you’ll find all sorts of yoga studios, spin classes, and indoor gyms, as well as a large community centre with a ton of facilities. Most of the fitness centres are located on West 4th and West Broadway and include:

If you don’t feel like being inside to get your workout in, there are amazing opportunities for biking, hiking, running, and swimming, as well as outdoor beach yoga classes that are often offered for free! Even if you’re not the type to get up and move around, you’ll quickly learn to embrace the healthy lifestyle that is central to Kitsilano.

5. The restaurant scene is very diverse

Restaurant choices in Kitsilano are some of the best offered in Vancouver, and range from seafood restaurants with fresh, locally caught fish, to vegetarian and vegan restaurants, to sushi restaurants, and more! Some of the more popular restaurants include:

While most of the restaurants are found in the West 4th/West Broadway shopping district, there are plenty of hidden gems to discover in Kitsilano as you venture away from this area.

On top of great dinner and lunch options, Kitsilano is also home to a wide variety of top-notch coffee shops that are perfect for grabbing a coffee and catching up with an old friend. One of the very best spots in the neighbourhood is The Only Cafe, and is reminiscent of Starbucks, but is much fresher, has more options, and is truly local. This coffee shop is a coffee-lovers paradise, and offers an extensive menu and a wide variety of coffee-making techniques.

So if you’re considering moving to Vancouver, then Kitsilano is definitely a neighbourhood that you should check out. With its beautiful beaches, an abundance of activities and restaurants, great schools, and great shopping, as well as the inviting and friendly community of residents, you won’t regret choosing Kitsilano as a place to call home.